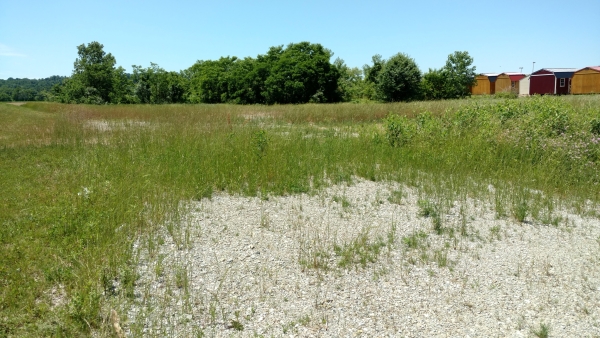 A consultant came to a group of legislators and economic developers and preached to the choir. For many it was probably the first time they had ever given thought to their role in sewer, water, electric utility presence. Unfortunately, here in Southern Ohio the same informational gaps exist. This is why I am writing articles no one reads about site development basics. Your local electeds have to know this stuff, and if another one stands up and says they are for economic development, and don’t have any plans to run water, sewer lines, they are lying to you.

There is so much I love about this article and the discussion I am going to copy it in its entirely and link it for all to enjoy.

Want to know why its so difficult to secure new development projects? Look and listen.

LANSING — High above the New River at Adventures on the Gorge, economic and political leaders from southern West Virginia met Thursday to discuss an economic path forward for the state and region.

The discussion centered on how outside industry chooses where to move their businesses.

Hosted by the New River Gorge Regional Development Authority (NRGRDA), the gathering welcomed speakers Tonya Crist and Rob Cornwall, the owners of InSite Consulting, a company that has done work for some of the world’s biggest companies.

Headquartered in Greer, S.C., InSite has led to billions being spent on sites around the country. The company has worked with regional economic development agencies in both the public and the private sector.

Crist, the daughter of a football coach, spoke about how many development efforts get lost in the weeds when they should be concerned with the basics.

Companies are looking for sites which already have infrastructure installed, the pair emphasized. They said sites are chosen not based upon the community, but what the property can do for the company.

“The client (a company) doesn’t change their expectations based on what each community can and cannot do,” Crist said.

Crist said that while many communities try to focus on economic development, they often do so without developing their communities to draw in economic activity.

According to the pair, they represent companies which seek a minimum 40 acres of developable land, and those companies want infrastructure in place before they will even consider.

“Zero percent (of companies) are waiting for sites to be developed,” Crist said, adding that companies often have a multi-state search area where sites that have infrastructure access are available.

While many focus on labor force as a central component, Crist said that without an available site with in-place infrastructure, a company will not have a chance to even measure an area’s labor force needs.

Crist also said companies do not look to particular counties or cities. Instead, they take a regional, 45-mile radius approach. Local communities must also take that approach in development, Crist said.

Crist and Cornwell said they see 200 submissions during site searches, which they easily cut down to 20 to 15 sites.

Oftentimes, communities expect state or regional authorities to bring in businesses, Crist said. But the responsibility of laying the groundwork for development should be  on individual communities, she said, with the regional and state authorities responsible for sales and marketing of developed sites.

“A lot of rural communities say, ‘We don’t have money to do that,'” said Cornwell. “You don’t have the money not to do it. You have to do it.”

Crist agreed, adding that local communities often waste time looking for a handout without having a strategy on how to move forward with development.

“The local communities have got to solve the math equation,” Crist said.

Along with the before-mentioned requirements for site selection, Crist and Cornwell said lands in floodplains are not industrially developable. When asked about access to rail, the pair said sites with rail access are premium, though they said if those sites don’t meet the initial infrastructure assessments, they won’t be considered.

While many consider interstates to be key to development, the pair said all that is needed is access to a four-lane road, either immediately or by a short two-lane road.

For Joseph Brouse, the director of the NRGRDA, Thursday’s discussion was critical to getting development in southern West Virginia on the right track.

“The question we get all the time is what do you do to bring business in,” Brouse said. “It’s not a simple matter of going out and talking to someone. It’s about having a site ready to help companies to cut down on their capital outlay and get them to profitability quicker.”

Brouse was happy with the turnout by local leaders. He said they are invested in turning the region around, and that the discussion will give them the tools they need to make changes and to seek out resources and investments for projects.

Though optimistic, Brouse said that the process of development will be slow and that the state is lacking in ready sites.

The economic development leader said that in a state strapped for cash, the process will have to take place site by site with any funds that can be mustered.

“I’m optimistic, but I will say that I think it will take a long time,” Brouse said. “We have to understand that it’s a process and it’s work.”

West Virginia Senator Stephen Baldwin said the discussion was important to understand what large industrial employers are looking for.

Baldwin, a Democrat who represents the 10th District which covers Greenbrier, Monroe, Summers and Fayette counties, also questioned if the state is in a position to meet the basic requirements that large companies are looking for.

“We don’t check enough of the boxes,” Baldwin said of the basic infrastructure improvements that new industry will need.

Baldwin said a larger discussion is needed about the direction of the state’s economy — especially whether that economy is based on large outside corporations coming into the state, or an economy based upon a different model.

“I wonder if our solution is going to be us,” Baldwin said. “Small business from West Virginians, for West Virginians and for the surrounding region.”